In marine fisheries, stock assessments are the foundation for informing conservation and management measures. However, the accuracy of such assessments and the effectiveness of resulting measures are only as good as the data on which they are based. Often encountered as bycatch in offshore fisheries targeting tunas and swordfish, the shortfin mako shark was recently assessed as overfished in the Atlantic Ocean by the International Commission for the Conservation of Atlantic Tunas (ICCAT). However, the evaluation relied primarily on limited and potentially biased data from fishing activities, which can inject uncertainty into the findings and hinder effective management. The Lenfest Ocean Program is supporting Dr. Mark Bravington at Australia’s Commonwealth Scientific and Industrial Research Organization (CSIRO) to investigate whether a new genetic method, called close-kin mark-recapture, can help improve the accuracy of stock assessments for shortfin makos in the North and South Atlantic Ocean.

The Need for Fishery-Independent Data

As a basis for evaluating shortfin mako stock health, fisheries scientists currently rely on fishery-dependent data, which includes information on catch and fishing effort, the latter based on metrics such as the number of hooks used. Such data, reported by fishermen and at-sea observers, are not collected uniformly throughout a species’ range, and can be susceptible to largely unquantifiable factors such as fishermen expertise and complex socio-economic incentives. In addition, it’s often not possible to verify the accuracy of such data.

The uncertainty surrounding assessments based solely on fishery-dependent data threatens to jeopardize the health of the shortfin mako population and presents challenges for managers. ICCAT, which assesses and manages shortfin makos in the Atlantic, found in 2017 that the North Atlantic shortfin mako stock was both historically overexploited and still experiencing unsustainable harvest levels, resulting in the imposition of strict management measures. A 2012 assessment, however, had concluded that the North Atlantic stock was probably healthy. ICCAT’s data and methods improved  between 2012 and 2017, and it has continued to strengthen reporting requirements, but the poor quality and limited quantity of fishery-dependent data sources continue to undermine assessment efforts. Meanwhile, for the South Atlantic, fisheries scientists have not had adequate data to inform any conclusive inferences about stock health. An alternative to fishery-dependent data, “fishery-independent” data are not based on fishing activity and can be used create unbiased, standardized estimates of abundance and resilience to fishing. However, collecting such data  through surveys, tagging studies, or other methods is usually expensive or logistically difficult, especially for wide-ranging species like the shortfin mako.

Close-kin mark-recapture (CKMR), which blends genetics with traditional mark-recapture techniques, is different from other fishery-independent data sources in that samples can be collected cheaply during fishing operations. While the samples come from fishing, they are considered fishery-independent because only the data associated with each fish such as size, location, and genetic characteristics are incorporated—in other words, the fishery-dependent data of catch and effort are not used to estimate abundance. CKMR could thus provide a reliable and affordable means of estimating abundance and other population-level parameters for the shortfin mako.

Close-Kin Mark-Recapture: How it Works

The concept behind CKMR, which was developed by Dr. Bravington and his colleagues, is similar to that of traditional mark-recapture, or fish tagging, studies. In those studies, fish are tagged during sampling and then released alive. The proportion of tagged fish that are subsequently recaptured can be used to estimate population size—a smaller number of recaptures suggest a larger population size. With CKMR, the “tag” is not a physical mark but rather the kinship of sampled individuals.

Each animal genetically “tags” its two parents at birth. By collecting tissue samples from a large number of animals (including sharks that have been harvested) and genetically comparing the samples, the researchers can analyze how often such tags are found. The tags can identify parent-offspring pairs of sharks or more indirect relatedness such a halfsibling pairs, where the two animals have “tagged” the same mother or father. Intuitively, the bigger the adult population, the rarer it will be to find tags.

Just like with conventional tagging, the number of pairs found can be analyzed statistically to estimate the same parameters that managers expect from stock assessments: abundance, trend, and mortality rate. The method can also be used to infer population structure—if, for example, related individuals are located closer to one another than randomly chosen pairs, or if geographic boundaries are identified that related individuals hardly ever cross.

Can Close-Kin Mark-Recapture Methods be Applied to Mako Sharks in the Atlantic?

CKMR could offer a unique solution to obtaining key information for reliable shortfin mako management. The method has been successfully applied to southern bluefin tuna and to other shark species, but not yet to shortfin makos.

In this project, Dr. Mark Bravington and his colleagues will investigate the feasibility of using CKMR methods for shortfin mako sharks in the North and South Atlantic Ocean - a critical step that could eventually lead to a transparent and reliable assessment option for fisheries managers.

The researchers plan to evaluate the factors that that would be required to ensure that a precise and cost-effective full-scale CKMR-based population estimate for shortfin makos in the Atlantic Ocean could be completed. For example, the team will investigate the geographic scope, number, and types (e.g., size, age, sex) of shortfin mako samples that would be needed to produce reliable fishery-independent population estimates.

The team plans to collaborate with ICCAT-affiliated scientists and managers throughout this short-term feasibility study, which began in April 2019 and is scheduled to conclude in December 2019. If the study is successful, it would pave the way for a full CKMR study to improve both the quality and quality of data used for shortfin mako shark management in the Atlantic Ocean.

Shark Conservation Fund is providing additional support for this project.

For any questions, please contact Willy Goldsmith, Senior Associate, Lenfest Ocean Program, at [email protected]. To learn more about this research and stay up to date on our latest projects, follow us on Twitter @lenfestocean or sign up for our newsletter at lenfestocean.org. 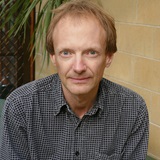