Effective fisheries management requires understanding both the size of the population being exploited and the way it is structured. For example, a species could be characterized by a single, well-mixed population across its range, or it could exhibit spatial structure consisting of numerous geographically distinct subpopulations with limited interbreeding. In the former, the impact of fishing in a localized area can be offset by animals moving in from other parts of the range. But in the latter, such fishing could result in severe local depletion of the species.

The field of genomics—studies that utilize an organism’s complete genetic material—allows researchers to explore the spatial population structure of a species and to investigate how such structure and species abundance have changed over time. Only recently, however, has genomic technology become affordable and fast enough to be accessible to fisheries scientists and managers.

The Lenfest Ocean Program is supporting Dr. Gavin Naylor of the University of Florida to apply modern genomic tools to study the North Atlantic population of the thorny skate (Amblyraja radiata). The species is considered overfished in U.S. waters but has a stable population that supports a targeted fishery in European waters. While it is currently managed as a single, continuous population across the North Atlantic, some researchers suspect that the species may exhibit some degree of spatial structure, with several thorny skate subpopulations across the species’ range.

Using genomics, Naylor and his team will attempt to answer two key questions to inform management approaches for the species:

Revealing Subpopulations and Their Degree of Isolation

Managers need to understand spatial structure to make informed decisions. If subpopulations exist, but managers are unaware of them, local declines in species abundance could go unnoticed, especially if other subpopulations appear to be stable or increasing. If a fishery unknowingly relies on a declining subpopulation, its—and the entire population’s—health and productivity may drop precipitously without warning and take a long time to recover.

A previous genetic study of thorny skates found no evidence of discrete subpopulations across the North Atlantic, suggesting that the species was characterized by a single, well-mixed population  from the East Coast of North America to Europe (Lynghammar, Christiansen et al. 2014). This lack of identified population structure contributed to the U.S. National Marine Fisheries Service’s 2017 decision not to list the species under the Endangered Species Act, despite population declines of 80-95 percent in U.S. waters since the 1970s. But scientists, including the lead author of the genetic study, suspect that the method may have been too coarse to identify spatial structure. It used “DNA barcoding,” which generally involves decoding the sequence of a small amount of DNA from one or a few genes in each of the individual animals being sampled. Furthermore, it only analyzed DNA from 80 animals, which is a relatively modest sample size given the broad range of the species.

To build on this work and improve resolution, Dr. Naylor and his research team will be using “next-generation sequencing,” decoding roughly 1,000 genes from each of over 500 individual thorny skates sampled from nearly the entire species range. In addition to investigating North-Atlantic-wide population structure, this study will also help determine whether there are subpopulations, or even two separate species, of thorny skate in the Gulf of Maine. Recent research on these animals has uncovered two distinct size classes in the region: one in the eastern Gulf that reaches maturity at about 20 inches (50 centimeters) total length; and a larger, western form that matures at about 33 inches (85 centimeters).

After defining population structure in North Atlantic thorny skates, Dr. Naylor’s project will examine characteristics of genomes in different regional subpopulations. This information could show evidence of past population size changes and could indicate evolutionary pressures that may be restricted to particular subpopulations.

The mechanism that enables these analyses is that larger populations accumulate more genetic mutations—changes in the DNA sequence—over time. The quantity of mutations can be used to estimate the number of reproducing individuals, known as “effective population size.” If this estimate matches the actual size of the population—estimated for thorny skates with trawl surveys—it suggests that abundance has been mostly stable for many generations. On the other hand, discrepancies between effective population size and actual size may indicate, for example, a population decline or changes in population structure, each of which could require specialized management approaches. Researchers can examine the closeness of the relationships, or linkages, among various mutations to estimate when in time changes in population size may have occurred.

Genomics can reveal not only how population size has changed, but can also provide clues to the causes of those changes. For example, by comparing the prevalence of mutations that lead to changes in the organism’s biology with those mutations that don’t lead to changes, researchers can detect the signature of evolutionary pressure, which can help explain past changes in abundance. If the study reveals a recent decline, but no evidence of selection (such as resistance to disease), that could suggest that the current depleted state of the population is caused by something that is affecting all individuals equally regardless of genetic makeup. One such cause might be fishing, but it is not the only possibility.

Findings from this work could inform thorny skate management on both sides of the Atlantic. If the study finds that separate eastern and western Atlantic thorny skate subpopulations exist, managers in Europe and North America would need to reassess their respective subpopulations, which in the United States could include revisiting whether the thorny skate should be listed under the Endangered Species Act.

In addition, the finding of subpopulation structure or even species differentiation between the two Gulf-of-Maine size classes could warrant more fine-scale assessment and management approaches to protect each group. Reconstructing the history and causes of changes in the thorny skate population, meanwhile, could help reveal past drivers of thorny skate population dynamics and could inform beneficial management strategies moving forward.

Genomic technology holds great potential for resolving population structure, identifying past causes of decline and providing a wealth of other insights not mentioned here. To date, this approach has not been widely applied in fisheries. Dr. Naylor’s work, however, could change that. His research will contribute to development of genomic tools to help managers take advantage of this increasingly accessible and useful technology. Dr. Naylor’s project is scheduled to run through 2021. The team plans to produce peer-reviewed journal articles and to communicate their findings directly to managers of thorny skate fisheries throughout the North Atlantic.

For any questions, please contact Willy Goldsmith, Senior Associate, Lenfest Ocean Program, at wgoldsmith@lenfestocean.org. To learn more about this research and stay up to date on our latest projects, follow us on Twitter @lenfestocean or sign up for our newsletter. 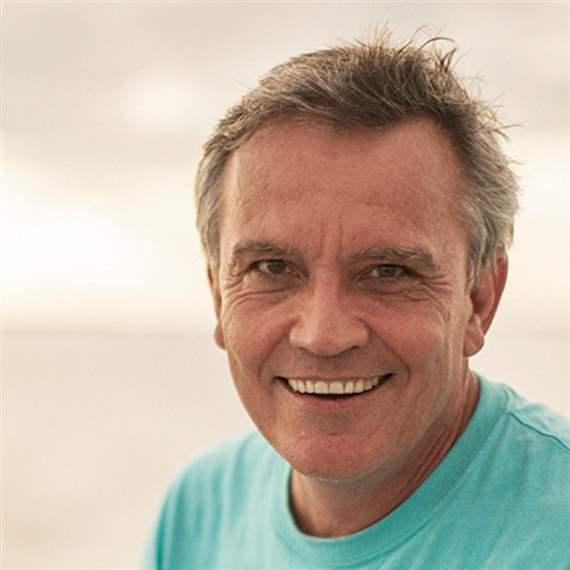 Webinar on Genetics for Fisheries Management

On Wednesday, September 18, 2019, Drs. Gavin Naylor, Shannon Corrigan, and John Denton participated in a webinar to provide an update on their application of genomic techniques to the thorny skate (Amblyraja radiata) in the North Atlantic Ocean.