Climate change is already driving marine organisms into cooler waters, which could have major implications for coastal communities and ocean resource managers. To help prepare for population shifts, several studies have projected the future abundance and distribution of various species, primarily based on predicted water temperature.

A new research project supported by the Lenfest Ocean Program aims to build on these projections by accounting for a critical missing factor: predator-prey relationships. The research team—led by Stephanie Green of the University of Alberta and Larry Crowder of Stanford University—will develop a new modeling method and apply it to albacore tuna. This project could help inform cross-jurisdictional management strategies for this important species.

Previous studies have found that the geographic ranges of marine species are already moving, expanding, or contracting. The general trend is toward the poles or into deeper water. Researchers have also projected these changes into the future, based on climate models that predict how water temperatures and other conditions will change.

Few studies, however, have looked at additional factors that may drive species distribution, such as water depth or seabed sediment type. Even fewer studies have looked at predator-prey interactions, or other interactions between species. These could be critical: for example, a predator species will shift into a new area only if it is able to get sufficient nutrition from the prey species that are present.

Albacore tuna is a good test species for the importance of predator-prey interactions in climate-related shifts. For one thing, it is known to be sensitive to climate. In addition, it eats a wide variety of prey species, presenting an opportunity to identify shared attributes of those species that may explain what makes them vulnerable as prey for albacore.

A final reason for focusing the project on albacore is that the results will be relevant to management. The commercially important species has a global end value of more than $2 billion annually. Off North America’s west coast, the species is likely to shift across regional and international jurisdictions due to climate change, and the treaty governing albacore management between the U.S. and Canada is currently up for renegotiation.

A focus on species traits

The new research project aims to project future shifts in albacore distribution by forecasting the movement of prey—both existing species and potential new species—and then determining which of those species are most vulnerable to albacore. To assess vulnerability, the research team will look at salient traits such as body size and the prey’s strategy for avoiding predators.

A main advantage of this method is that it will allow researchers to predict what new prey species albacore will consume, helping them forecast what areas it will shift into. This advantage has already proven useful in the Caribbean, where it accurately predicted which coral reef fishes would be most vulnerable to predatory lionfish as that invasive species expanded its range. The study found that four traits—small size, shallow body, solitary behavior, and nocturnal activity—made a species nearly 200 times more likely to be eaten by lionfish than a species with none of these traits.

For this project, the researchers will assess the anatomical and behavioral traits of albacore tuna and its potential prey using existing data. They will use these traits to estimate the vulnerability of various potential prey species in the California Current Ecosystem, which runs from British Columbia in Canada to Baja California in Mexico.

To project shifts in albacore and its current and potential prey, the team will use mathematical food web models. These models can simulate how numerous interrelated species change in space and time in response to multiple factors, such as temperature and the consumption of prey by predators. To simulate which predator species will eat which prey, studies normally use past observations of what species are found in predators’ stomachs. The new research will instead use species traits to estimate the probability that they will be eaten by albacore.

Testing and sharing the model

The researchers will test their approach using data from a natural climate shift that occurred in the mid-1970s. If their traits-based model better matches albacore distribution and abundance during the shift compared to a standard food web model based on past diet data, this will provide promising evidence for the utility of the new approach. If the new model can produce more reliable predictions, it may help inform future negotiations over how to share the catch.

The research team includes three members from the National Oceanic and Atmospheric Administration (NOAA), the U.S. agency responsible for fisheries in federal waters. They and the other scientists will work with officials and stakeholders in the U.S. and Canada throughout the life of the project. The purpose of doing so is to inform management decisions and to keep the researchers aware of important developments that may require adjustments to their research, outreach, or timelines.

For any questions, please contact Emily Knight, Manager, Lenfest Ocean program, at [email protected]. To learn more about this research and stay up to date on our latest projects, follow us on Twitter @lenfestocean or sign up for our newsletter at lenfestocean.org 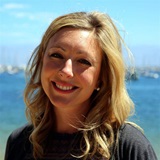 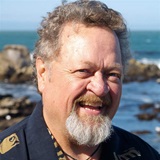