On April 3, 2012, the Lenfest Forage Fish Task Force released Little Fish, Big Impact, the most comprehensive global analysis to date of the biology and management of forage fish. One of its significant contributions is the first global estimate of the total economic value of forage fish to commercial fisheries, including their indirect, “supportive” value when left in the ocean.

The Task Force used 56 food web models from the scientific literature to estimate (1) the volume of forage fish catch and (2) the contribution of forage fish as prey to the catch of other commercial fish, such as tuna, salmon, and cod. By combining these results with a database of fish prices, the Task Force calculated both “direct value” from catch of forage fish and “supportive value”—their value when left in the water as food for commercially fished predators. The Task Force found that: 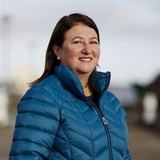