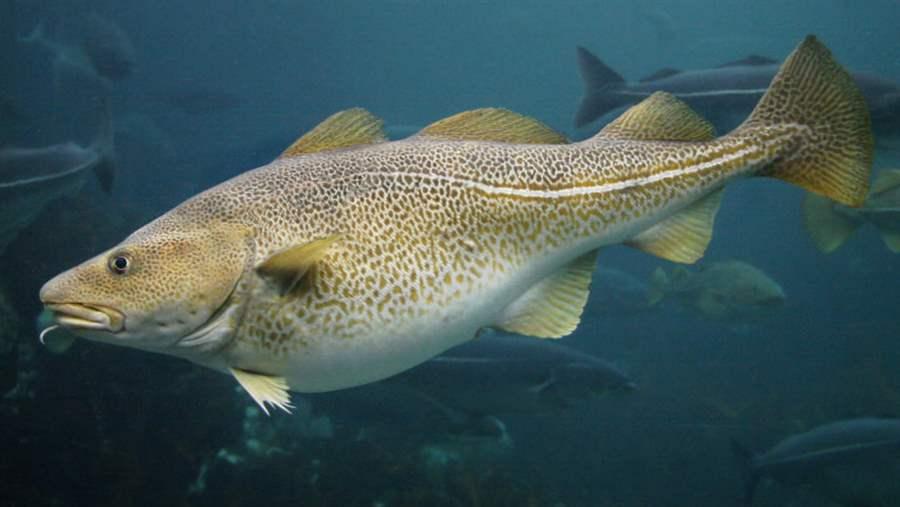 Cod stocks, once the backbone of New England’s fisheries and a key species in the Gulf of Maine ecosystem, now hover at 3 to 4 percent of sustainable levels. Even cuts to fishing quotas have failed to slow this enormous decline, surprising both fishermen and fisheries managers. For the first time, a new report in Science explains why. It shows that rapid warming of the ocean in the Gulf of Maine—99 percent faster than anywhere else on the planet—contributed to the decline and the failure of cod populations to recover.

Rapid warming over the last decade is linked to changes in the position of the Gulf Stream and to climate oscillations in the Atlantic and Pacific Oceans. These factors add to the steady pace of warming caused by global climate change. In the face of cod stocks already depleted by overfishing, fisheries managers in 2010 placed a series of restrictions on harvesting this key Gulf of Maine species, but these actions failed to help cod rebound.

“Managers kept reducing quotas, but the cod population kept declining,” said Andrew Pershing, Chief Scientific Officer of the Gulf of Maine Research Institute (GMRI) and lead author of the study, which was supported by the Lenfest Ocean Program. “It turns out that warming waters were making the Gulf of Maine less hospitable for cod, and the management response was too slow to keep up with the changes.” 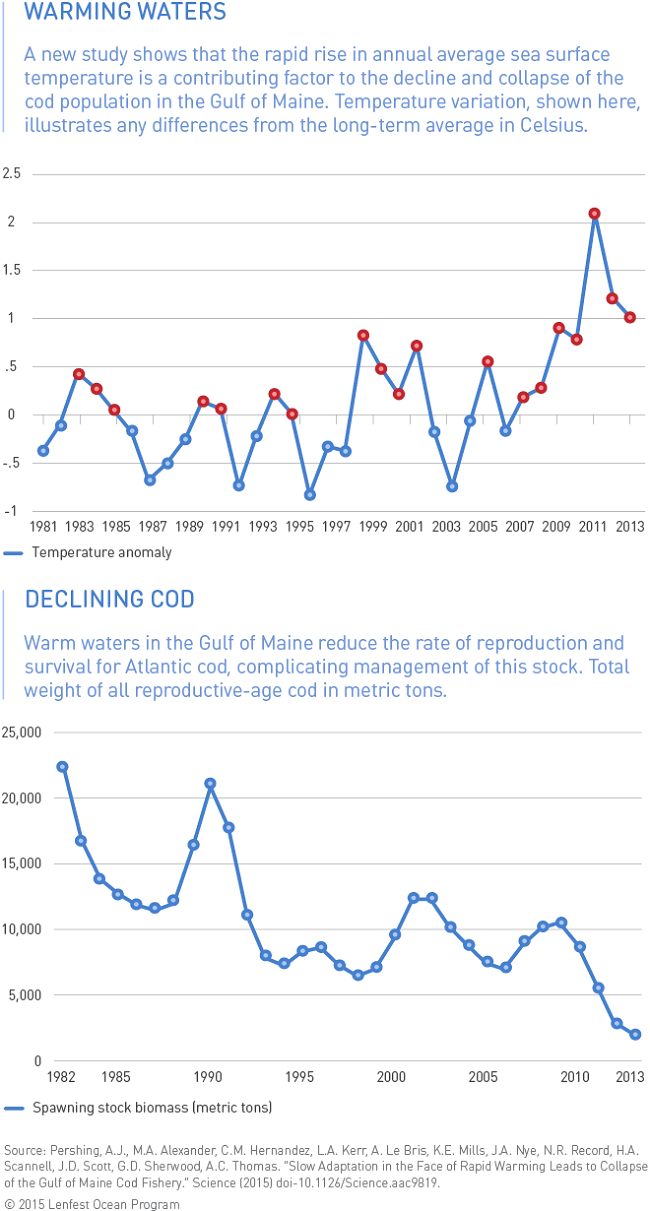 The models used over the last decade to set the quotas for cod did not account for the impact of rising temperatures, leading managers to set quotas that were too high. Fishermen stayed within their quotas, but still took more fish than the population could sustain.

“This creates a frustrating situation that contributes to mistrust between fishermen, scientists, and managers,” says Pershing. “The first step toward adapting fisheries to a changing climate is recognizing that warming impacts fish populations.”

According to the report, recovery of Gulf of Maine cod depends on sound fishery management and on future temperatures. Cod is a cold water species, and the gulf is at the edge of its geographic range.  Warming ocean waters will likely lead to a smaller population and a smaller fishery, according to the study.

More Information About the Study