WASHINGTON – Catch share programs result in more consistent and predictable fisheries but do not necessarily improve ecological conditions, according to a new study published online this week by the journal Proceedings of the National Academy of Sciences.

Employed by nations around the world, catch shares – a management system that divides up and allocates percentages, or shares, of the total allowable catch to individual fishermen or fishing groups – have generated controversy as to whether they lead to better environmental stewardship than other fishery management options. The study, funded by the Lenfest Ocean Program, concludes that these programs help to eliminate erratic swings in fishing rates, catch landings and fish population sizes, among other factors, but may not necessarily lead to larger fish populations. This research is the most in-depth and comprehensive study of the ecological impacts of catch share programs in North America.

Publication of this research coincides with the public-comment period for the U. S. National Oceanic and Atmospheric Administration’s (NOAA) draft catch share policy, which evaluates catch share programs under the Magnuson-Stevens Act, the nation’s primary fisheries law. NOAA’s draft policy “encourages the consideration and adoption of catch shares wherever appropriate in fishery management and ecosystem plans and amendments and will support the design, implementation, and monitoring of catch share programs.”

“Many proponents of catch share programs presume that they improve the health of fisheries, but our research indicates a much different expectation: They work very well to avoid erratic swings. They generally do not lead to more fish to catch,” said author Dr. Tim Essington of the School of Aquatic and Fishery Sciences at the University of Washington in Seattle, Washington. “Catch shares are one potential method for improving fisheries management, but we shouldn’t expect these programs to be a panacea.”

Participants in a catch share program may fish for their shares of the fishery at their discretion until their quotas are filled. This management method is often contrasted with a “race-for-fish” management option, where fishermen compete with others in the fishery during a set time frame.

The increase in predictability found to accompany catch share programs may result from greater incentives for fishermen to comply with rules and regulations. The study’s findings also suggest that catch share fisheries may have lower rates of discarded fish.

Essington cited a need to assess a larger number of fisheries globally.

“We have sufficient data to quantitatively evaluate many pros and cons of catch share programs, but as of now we still don’t know how much they help to end overfishing,” said Essington. “Analysis of a larger set of catch share programs could also help identify fishery and program-design characteristics that make these programs more effective in achieving better ecological outcomes.”

The Lenfest Ocean Program supports scientific research aimed at forging solutions to the challenges facing the global marine environment. The program was established in 2004 by the Lenfest Foundation and is managed by the Pew Environment Group. 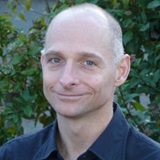