Fish species that form large aggregations when they spawn are extremely vulnerable to overfishing, as fishers can easily capture large numbers of adults. In the late 20th century, overexploitation of one such species, the Nassau grouper, led to population collapse across its range in tropical waters of the Western Atlantic Ocean. In 2003, the Cayman Islands government enacted additional conservation measures to protect the nation’s remaining Nassau grouper population, including the seasonal closure of spawning aggregation areas.

In this study, the Cayman Islands Department of Environment collaborated with the non-profit Reef Environmental Education Foundation (REEF) and with scientists at Oregon State University and the University of California, San Diego’s Scripps Institution of Oceanography to monitor abundance at two known spawning aggregation sites. The partnership, known as the Grouper Moon Project, found evidence that strong management actions coupled with effective enforcement against illegal fishing can be effective for rebuilding overexploited aggregation-forming species like the Nassau grouper.

Click here for a summary of the study on ScienceDaily, and click here for the full paper. You can learn more about the Grouper Moon Project here. 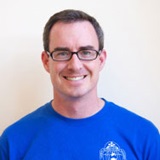