Over the past 50 years, global catch of invertebrates, such as mussels, shrimp, and crabs, has increased six-fold, and new fisheries for squid, sea urchins, and sea cucumbers have opened in response to demand. Reducing or removing marine invertebrates entirely may have serious consequences for other animals, such as commercial fish which depend upon them for habitat and food. However, the magnitude of these potential cascading impacts is not well studied.

Dr. Heike Lotze, a marine ecologist at Dalhousie University, is evaluating the ecosystem effects of expanding invertebrate fisheries to determine the ecological tradeoffs associated with removing marine invertebrates from the ecosystem. This research will detail how ecosystem roles played by invertebrate species, such as building habitat or filtering the water, influence other species.

Using models to compare twelve ecosystems around the world, Lotze and her colleagues will examine whether the removal of similar invertebrate species result in the same impact across regions, allowing greater inferences to be drawn about the future management of these species. 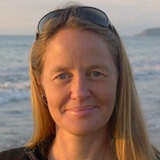