1. The Gulf of Maine and Western Scotian Shelf are warming at an alarming rate.

Changing oceanography: Starting in 2010, the Gulf of Maine (GOM) and the Western Scotian Shelf (WSS) began rapidly warming. The cause may not only be driven by rising temperatures, but also a northerly shift in the Gulf Stream’s north wall, resulting in injections of warm slope water on to the shelf through deep water basins and channels. As human-driven climate change surpasses natural variability, a new physical oceanographic regime has emerged in the region.

Impacting food webs: The lipid-rich copepod Calanus finmarchicus is a key component of the GOM food web, serving as the primary source of nutrition for multiple species, including right whales. Coinciding with abrupt warming, C. finmarchicus has declined in the GOM/WSS region.

2. Shifts in oceanography are increasing threats to right whale survival.

Altering foraging behavior: With the reduced supply of C. finmarchicus, right whales began moving beyond their traditional spring and summer feeding grounds in the GOM/WSS. By 2015, they were observed foraging further north in the Gulf of Saint Lawrence (GSL), where they had no protections from fishing gear entanglements and ship strikes.

Elevated mortality: In the summer of 2017, 17 dead right whales were discovered, 12 in Canadian waters and 5 in U.S. waters. Gear entanglements and ship strikes were the causes among analyzed carcasses. NOAA Fisheries declared an unusual mortality event, and Canada instituted emergency measures to prevent further harm.

Reduced calving: With less food available and stress from gear entanglements, the calving rate of right whales also declined. Combined with elevated mortality, right whales have experienced a loss of ~7% of the population in the last three years.

3. Right whales are a cautionary tale for management of a protected species in a changing ocean.

Crisis management: Since 2017, the Canadian government has implemented annual rules to protect right whales. In late 2020, NOAA Fisheries proposed new regulations as part of its right whale Recovery Plan and deliberations about the future of right whale protections in the U.S. are ongoing.

Responding to change: As warming becomes more frequent and persistent, right whales will likely continue to surprise us – showing up in new areas or at different times of year. Managers, scientists, and stakeholders in the U.S. and Canada must work together to more nimbly implement strong measures that keep pace with the rate of ecosystems change.

Anticipating change: The scientific community can help by enhancing existing monitoring of ocean conditions and whale sightings. Most urgently, such information can help managers grasp what’s happening now. In the long run, the information could be used in models that help predict where whales could be expected in order to target regulations.

Oceanographic and food web conditions in the Northwest Atlantic have long been driven by decadal shifts in natural variability linked to the Arctic Oscillation. Some decades, such as the 1990s, were less favorable food conditions for right whales, while others, such as the 2000s, were much more favorable. Even though the calving rates decreased and increased with these conditions and the whales were still listed as endangered, right whales had a greater chance for recovery. However, starting in 2010 rapid warming took hold and by 2017, deaths exceeded births. 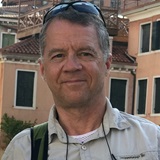 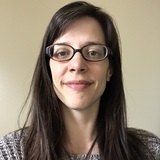