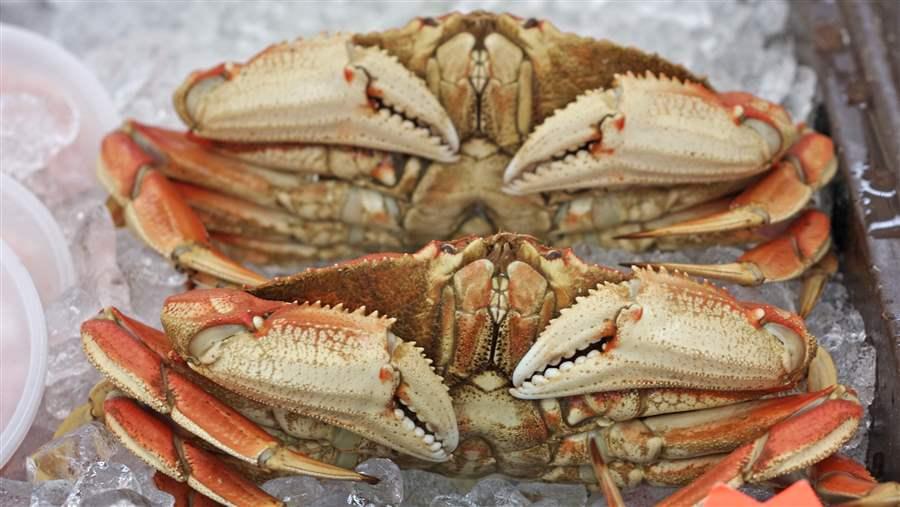 Lobster, shrimp, squid, crabs, and other invertebrates are increasingly important to the world’s supply of seafood, but managers often lack the information needed to ensure the catch is sustainable. Now, a series of studies has revealed for the first time that invertebrates are as important to marine ecosystems as forage fish, a group widely recognized as critical food for larger-bodied species. The studies also have found that invertebrates may be more vulnerable to fishing than forage fish, suggesting the need for caution in setting harvest rates for these fisheries.

The studies were led by Dr. Tyler Eddy and Dr. Heike Lotze of Dalhousie University and supported by the Lenfest Ocean Program.

More fishing, without the data to match

As the global catch of wild finfish has declined, marine invertebrate fisheries have emerged in many places. Since the 1950s, their catch has increased six-fold, and the number of species targeted has doubled. Lobster is now the top seafood export by value in Canada and New Zealand, and six invertebrates are in the top 10 U.S. seafood species by landed value. Invertebrates are also important to ecosystems, as predators, competitors, and prey.

Yet many invertebrate fisheries lack formal management plans, as well as the data needed to understand the effects of increased fishing.

Three studies published between 2015 and 2017 suggest it is urgent to improve management of invertebrate fisheries, and they provide guidance on how to do so. The most recent and far reaching of these studies (Eddy et al. 2017a) looked at 12 ecosystems around the world using simulation models. These models draw on real-world data to forecast the outcomes of various options for managing invertebrate fisheries.

Invertebrates are sensitive to fishing & important in many ecosystems

An overarching result of this 2017 paper was that most invertebrate groups are highly sensitive to fishing. The researchers measured this sensitivity by simulating different intensities of fishing and observing the effect on catch. A highly sensitive species will reach its maximum catch at a relatively low fishing intensity, and then catch will decline as fishing increases. 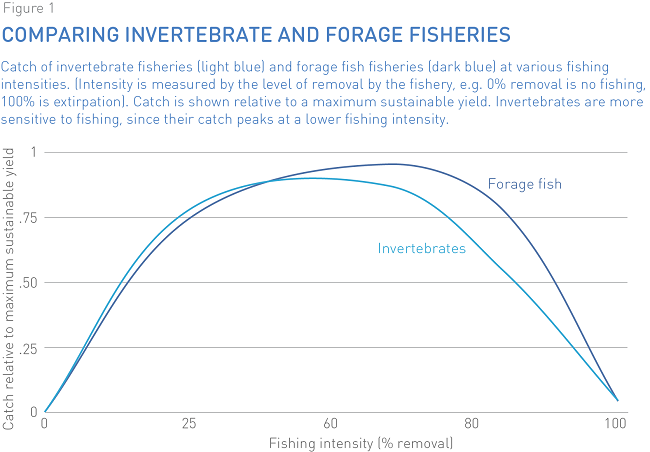 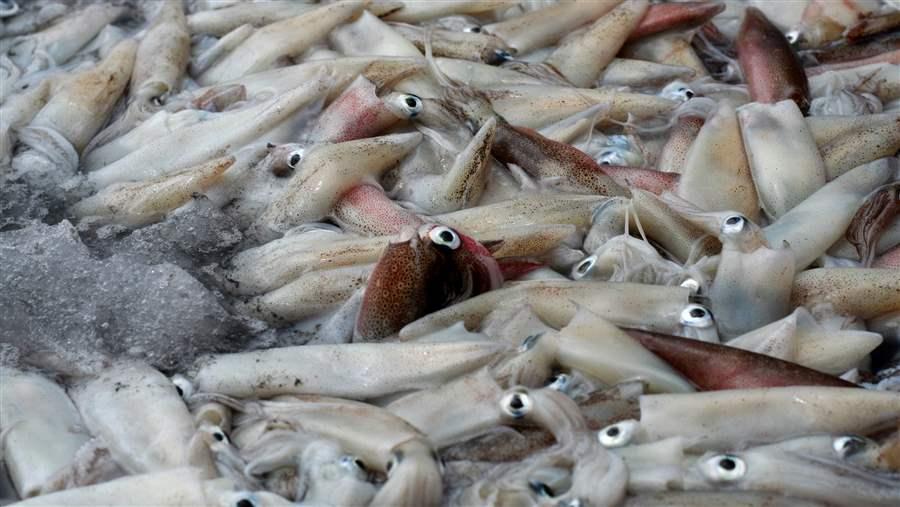 The researchers also examined the impacts of invertebrate fisheries on other species in the ecosystem. To do so, they simulated fishing for several different invertebrate groups, reducing each to 40 percent of its unfished biomass. They measured ecosystem impact as the proportion of the other species (or groups of species) whose abundance increased or decreased by at least 40 percent.

On average, fishing on invertebrates had this level of impact on 11 percent of other species (or groups), compared to 15 percent of other species for forage fish. Some of the species whose abundance declined by 40 percent or more were of conservation concern, including sea turtles and marine mammals. Fisheries for cephalopods (squids and octopuses) showed the strongest impacts (see Figure 2). The study also found a possible win-win strategy: less intense fishing on invertebrates could provide 90 percent of the maximum yield while reducing impacts on other species.

Spotlight on New Zealand and Canada

These findings were borne out in specific places by two other papers (Eddy et al. 2017b, Eddy et al. 2015), which focused on the Cook Strait of New Zealand and the western Scotian Shelf of Nova Scotia, Canada.

These papers found that fishing for invertebrates is at historically high and often unsustainable levels in both places. The effects on non-target species were significant in many simulations, suggesting that fishing could lead to ecosystem changes not accounted for under current management. For example, lobster fishing in New Zealand appeared to increase the abundance of several other predators, possibly because lobsters compete with them for food. On the other hand, it reduced the abundance of sea cucumbers, sponges, and other sessile species, through ripple effects.

The authors highlighted two key recommendations. First, they urged managers to consider the ecological consequences of invertebrate fisheries, which may have unintended consequences for other fisheries and for vulnerable species. Second, they recommended managers consider tighter restrictions on fishing for invertebrates, since they appear to be more sensitive to fishing than forage fish, on average.