Salt marshes and other coastal habitats have been degraded worldwide by development, altered river flows, and other human impacts. This degradation can result in a loss of flood protection, reduced shellfish production, and increased nutrient pollution. Many land managers have sought to mitigate these effects through large-scale restoration— planting marsh grasses, seagrasses, oysters, and other ecologically important species. But restoration can be prohibitively expensive, and it has at times required repeated replanting. Recently, small-scale field experiments have suggested that restoration could be improved by taking advantage of natural partnerships between organisms, both within the same species and between different species. If these effects could be harnessed for restoration, it could increase success rates and reduce costs.

To test whether this can work at large scales and under a variety of real-world conditions, the Lenfest Ocean Program is supporting Dr. Brian Silliman of Duke University and colleagues to conduct experiments at four active restoration sites around the world.

The potential of biological partnerships

Current restoration practice stipulates that managers should space out plantings of grasses and other organisms to ensure they do not compete with each other for space or nutrients. But this design does not take advantage of the benefits of biological partnerships, in which mutual aid outweighs any competition between the partners. Such partnerships are common in stressful environments such as degraded marshes. For example, experiments have shown that, when oxygen is scarce, marsh grasses planted in clumps grow twice as fast as dispersed plantings because they can share oxygen through their roots. Partnerships also form between different species, such as when predators remove grass-eating crabs, or clams increase survival rates of seagrasses by removing toxic sulfides from the water. These findings are promising, but their wider utility is unknown because researchers have only tested them at small scales, with a handful of species, and under a narrow range of ecological conditions.

Testing partnerships at scale, and around the world

To test the utility of biological partnerships at scale, Dr. Silliman and colleagues plan to conduct field experiments embedded within active restoration projects around the world. They will ask two similar questions at each site: Can clumped planting of a single species increase success (as measured by growth rate and area covered), and reduce planting costs relative to dispersed planting? And, can a partnership between plants and either predators or habitat-forming shellfish have a similar effect?

The team will work at four restoration sites on three continents, selected to cover diverse regions and ecological conditions. The following describes the work at each site:

If the results from small-scale experiments translate to large-scale restoration, this project could as much as double the success rates of plantings, which in turn would greatly reduce costs. The project is intended to last from 2018 through 2021, and to result in peer-reviewed studies and new restoration techniques. Monitoring of the experimental plots is set to continue at least through 2028.

For any questions, please contact Emily Knight, Manager, Lenfest Ocean Program, at eknight@lenfestocean.org. To learn more about this research and stay up to date on our latest projects, follow us on Twitter @lenfestocean or sign up for our newsletter at lenfestocean.org. 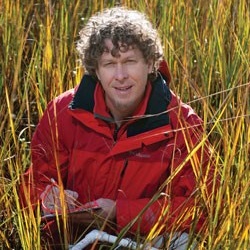 On Tuesday, February 5, 2019, Dr. Brian Silliman gave a presentation on the role of positive interactions between species in boosting ecosystem resilience and recovery. Dr. Silliman then discussed his Lenfest project where he is collaborating with restoration managers and other scientists to integrate this knowledge into coastal restoration design.