Northern fur seal (Callorhinus ursinus) populations breeding on the Pribilof Islands in the eastern Bering Sea have been declining in recent decades. Dietary overlap with the walleye pollock fishery in combination with changes in maternal seal foraging behavior and pup growth has led to the hypothesis that food limitation may be a contributing factor. A new study out now in Frontiers in Marine Science supports this hypothesis.

In the study, the research team created bioenergetic models for various demographic groups (e.g., lactating females, adult males, and pups) to estimate energy intake of northern fur seals on the Pribilof Islands from May to December for six years between 1995 and 2010. The team combined this output with diet data to determine the biomass of prey consumed. Findings reveal that pollock – both juvenile and mature, and in some cases leaning towards mature – made up around 41-77% of the prey biomass consumed in any given year. Energy intake by lactating females remained largely unchanged despite interannual variation in trip durations and pup growth rates, suggesting that females simply allocate more of the energy gained from foraging to themselves (and less to the pup) when they have to travel further to find food.

Researchers suggest that the most feasible way to increase pup growth rates is by increasing prey density in proximity to fur seal rookeries, which would allow females to allocate more of their energy gain to the pup. They also suggest that northern fur seals should be explicitly included in the currently used multi-species assessment for walleye pollock management, since fur seal consumption of pollock rivaled that of fish predators currently considered in the multi-species model. This study equips managers with information to begin taking that next step. 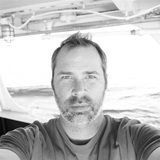